Last Saturday was the grand renaming ceremony of the Victory Class launch on the PSC pontoon in the Camber . The ceremony was conducted by the fantastic Maxine Reeves who stripped the launch of her previous name and then appeased the various weather Gods, class captain Russell Mead then unveiled the new name Sapristi.

For those who do not know, our last class launch was in a terrible accident with a fishing boat in the inner Camber at the end of the 2019 season and she was written off. Due to a generous donation from the Wyllie Charitable Trust, the class was able to purchase Sapristi, but finding her was a long process with Jim Downing and Liz Ballard (plus others!) trawling Apollo Duck and visiting vessels across the country- and even France.

The name Sapristi was chosen as it is the name of the first ever Victory, Z1, owned by W.L. Wyllie. Sapristi means “Heavens! Good heavens!” which is quite fitting to Victory Class racing.

Thankfully the weather Gods were kind to us and we had glorious weather; barely a knot of breeze and bright sunshine, a good way to open the season! After the ceremony the last few bottles of champagne were finished watching the sunset. We then headed to the Still and West where more booze was consumed and the fish and chip supper was served.

It was great to see all our members and sponsors together after a challenging few years, hopefully this season is back to ‘normal’ and we get some good racing in. It was also great to see new members such as Gareth Peters

Thank you one again to Jim Downing and his work party on the fit out of Sapristi. Thank you to Maxine for conducting the ceremony. Thank you to the social committee for helping pull the evening together. 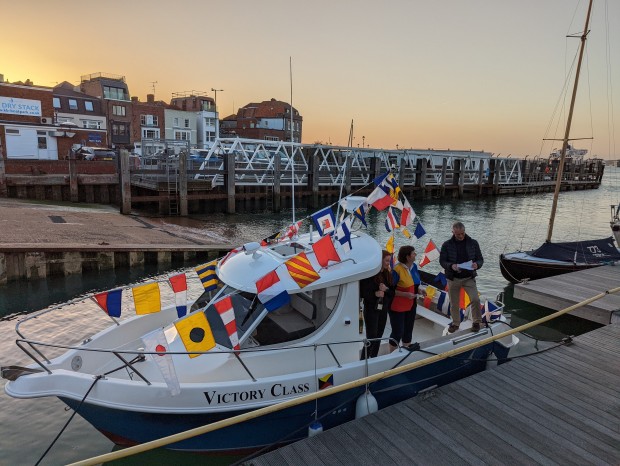 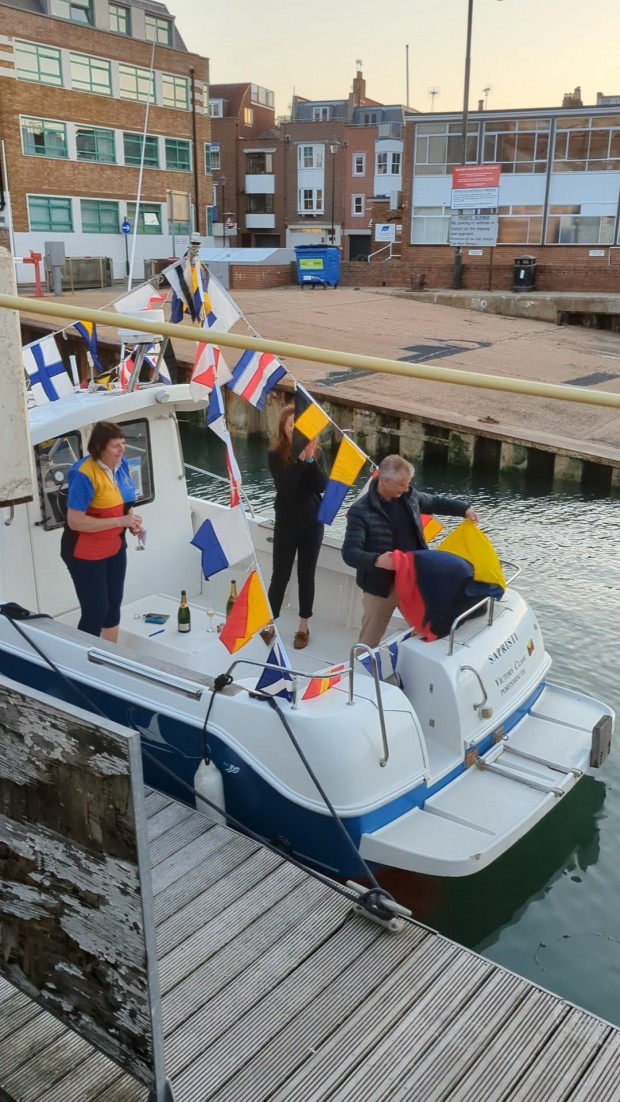 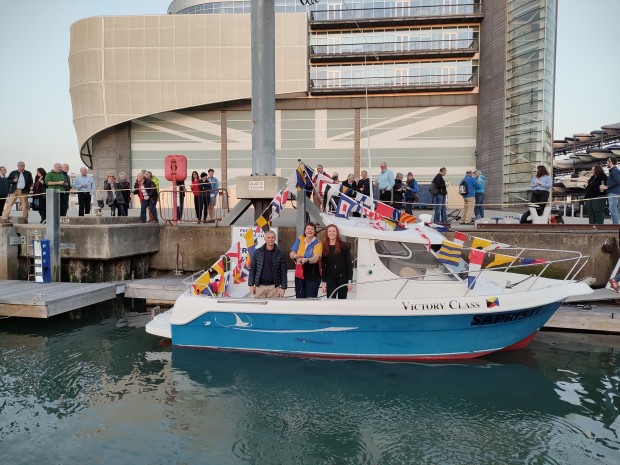 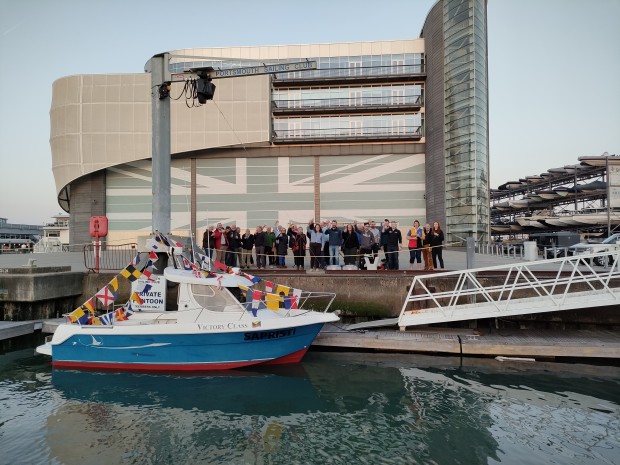 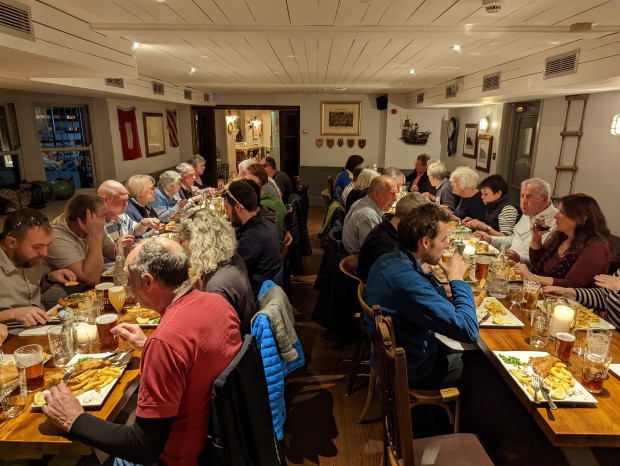