Last night was the start of the second Tuesday series for the Bishop Painting, with a good SW breeze (mid teens), an overcast sky and not quite shorts weather- who knew it was June!?

OOD was Z54 but Chris Smith kindly stepped in to allow Geoff a race, also onboard Sapristi was Liz and Mike E. They set a line with KB as the pin end and course 2 (two big sausages, two small sausages) -

Our prompt start at 7pm was just after high tide, we had tide pouring south along the wall pushing us over the line. Another close start with boats in the mix, Z78 choosing to start closest to Sapristi, a few tacked off towards the wall, who would make it to Baker Trayte first?

The ever speedy Z74 was in the front pack with Z75 and Z78, Z80 close by. Z54 had an onboard entanglement and struggled to get the kite up on the first downwind. Z74 ripped their kite and poled the jib out for subsequent downwind legs with Z78 struggling to catch them ! Z57 had both crew Martyn and Stretch onboard as Janet is away, I wonder if they did a coin toss for the steery stick?!

As the winds eased Z80 picked her way through the front pack and gained a sizable lead on the fleet, crew and spinnaker were delightfully colour co-ordinated. Jim D on Z78 was shocked when the new crew on her first trial race got her phone out and snapped some pics for the race report (sorry Jim!).

We completed the whole course without any Sierra flags being flown. The final results were-

Congratulations to the Class Captain on your win! 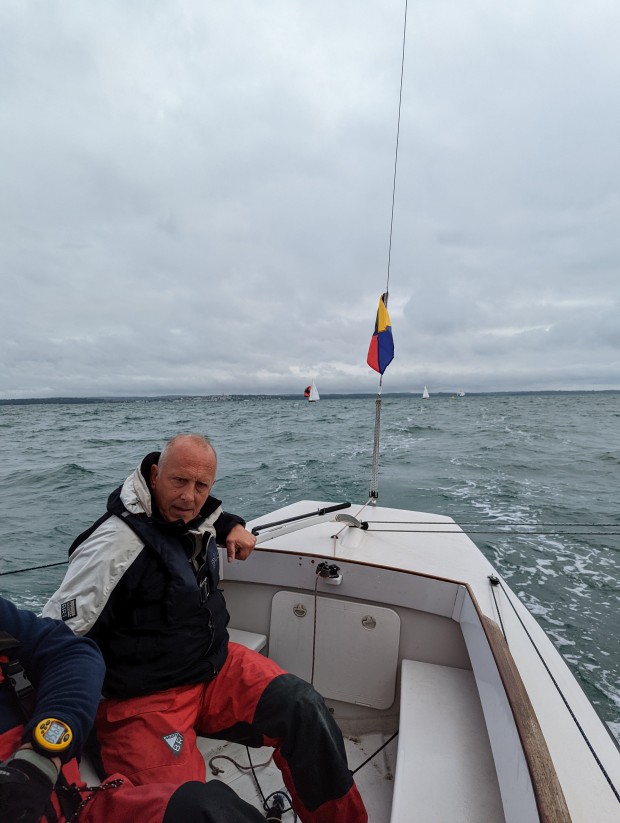 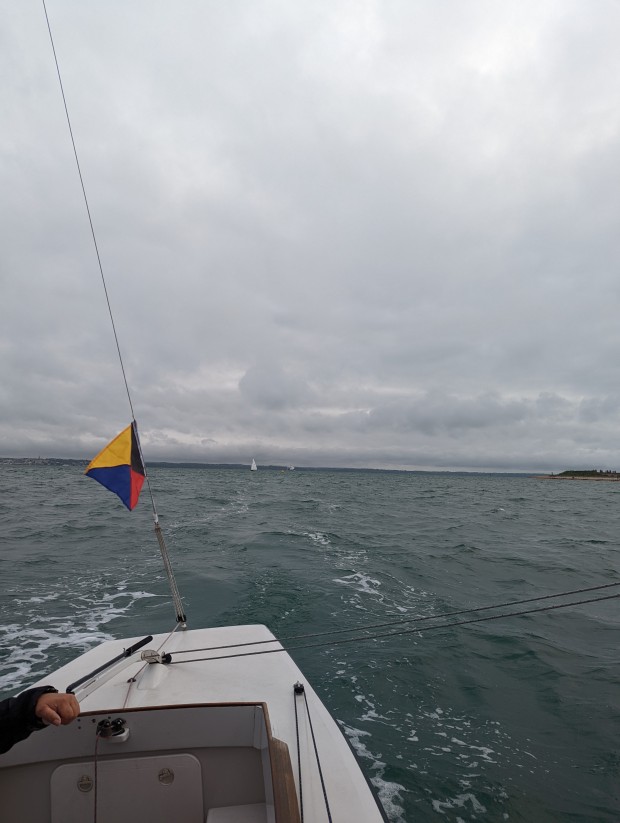 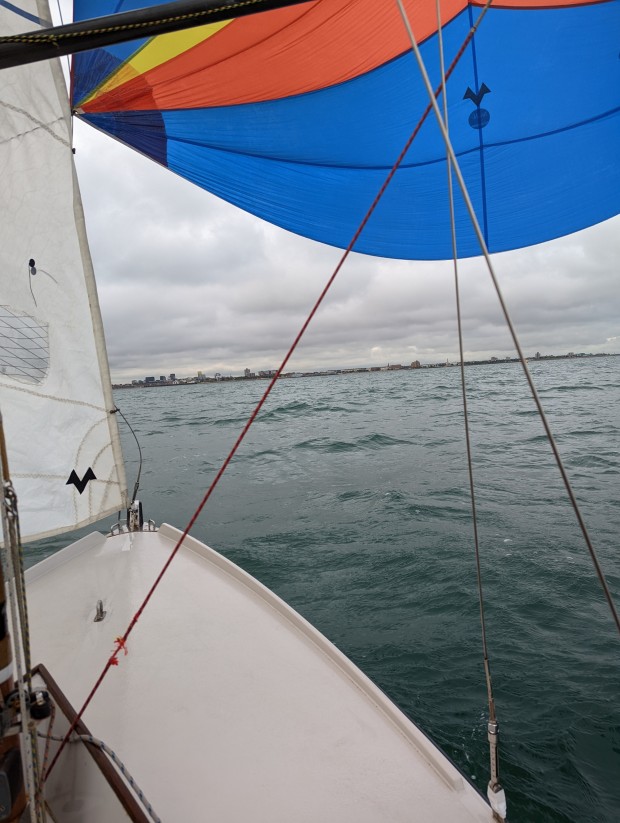