A light south-easterly always presents a course setting challenge especially with a dropping breeze! We opted for a windward-leeward configuration with Gleeds as the first windward mark followed by a shorter beat to a laid mark for the fleet’s subsequent upwind work. We then held our breath that the wind would hold enough for boats to make against the strong west-going tide.

The starboard bias on the line start line meant a lot of traffic on the committee boat end. For a moment it looked as though one boat at least might be deprived of room at the committee boat. As it happened the boat too close to the action was Z53 who found herself the wrong side of the line and the Race Officer’s right eye. Very unfortunate as they clearly had good boat speed around the course.

With the west-going tide running hard on the right, boats had little option but to hold out to the left for all the windward legs. Those unfortunate enough to find themselves in dirty air found themselves having to take some pain further out in the eastern Solent.

Z74 soon established a good lead and was able to sail her own race. Behind her Z77 sailed a good race keeping Z48 at bay for the duration. Going into this, the last race of the Solstice, Jim and the Mikes had already accumulated several spare points and found themselves having to avoid corners deep conrners . Their third place put them several points ahead of Z76 who did not have the best of races.

Well done Mike Scott and his team of Jim Downing and Mike Ellison for winning the Solstice Regatta. 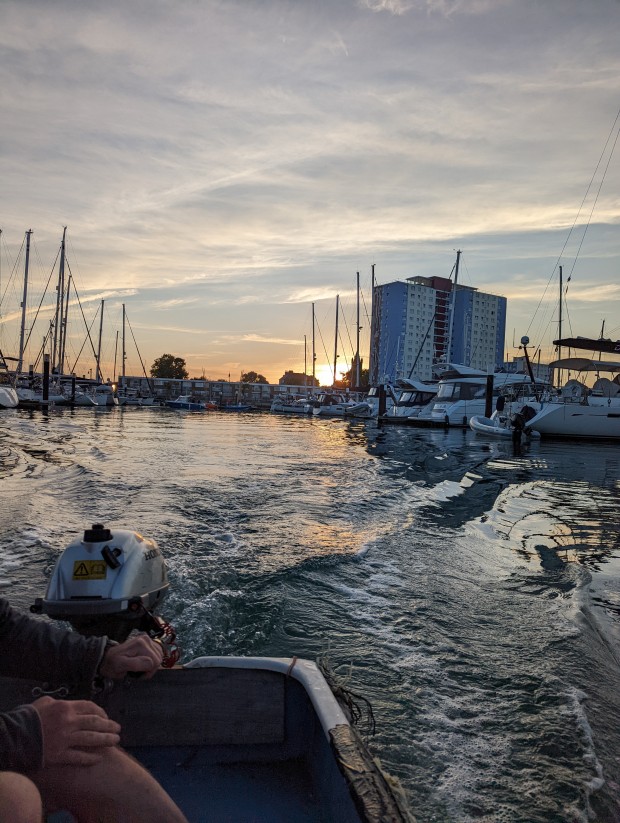