A typical Saturday course with a little upwind to PS and a long downwind to the island side to find the red post.

After Kim on Z76 declared he just wanted a good start we both thought at 60secs to go that we had messed up but actually turned out to be a good start and first the the windward.

At the red post Jimmy on Z48 stayed on port tack and headed North to catch channel and the tidal escalator heading into Portsmouth harbour, they had a absolutely stonking leg and came out smells of roses !!

Z80 kept Z76 behind (but not by much!!), Z54 and Z69 were having their own battle, Z77 enjoying being out but chose to retire as they returned from the red post.

Two up on Z76 (Kim and Zoe) quietly decided that as the breeze was building and more waves were coming over the deck, it would be nice if the committee boat could finish after one round of Gleeds, alas they let us keep on racing ! We chose not to put the spinnaker up on the final downwind as stomachs were rumbling and sandwiches needed to be consumed, plus no places were going to change during the final rounding.

It was a bumper race for new crew (and women out racing!)

Z69 had new crew Lynne onboard

Z54 had both Helene and Lelde onboard

Z77 had Tom Worley onboard- recently getting back into the class.

The final results were -

We then returned to PSC for beer and food from Southsea Deli, unfortunately the weather closed in and the wind got up to 40kts, not the gloriously sunny afternoon in the Boomyard that we were expecting!!

Many thanks to Sid, Annie, Liz and Chris for OOD duties this weekend. The final race is on the Solstice this Tuesday, will Z48 win the regatta ? 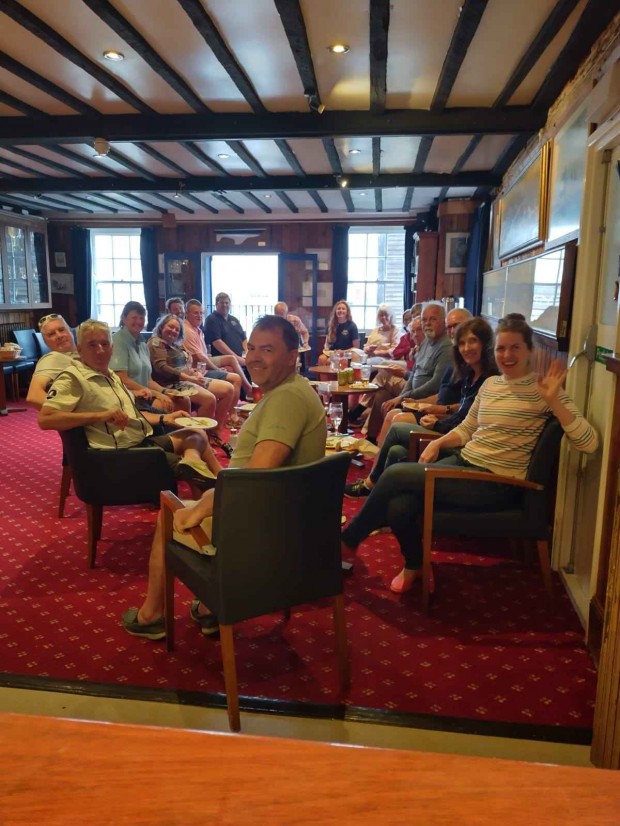