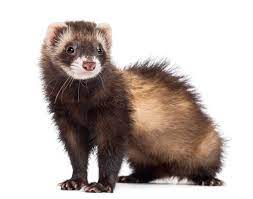 The concept of a Pursuit race is quite simple. Set the tortoises off first, then release the hares, and in a perfect race all the competitors would finish across the line at the same time. Reality of course is very different, and anyway in sailing you don’t have tortoises and hares, as everyone knows you only have Ferrets…….

And so on Thursday night we reached the point in the season where the Victory Class hold their annual Pursuit Race. With Ferret-Master in Chief Sid Dollery in charge, assisted by Mike Scott (thank you once again guys), a slightly depleted fleet of 5 Ferrets (following the rigours of Cowes Week) came to a start line at PSC racing mark. The Ferret-Master set course 2 (twice RA to Suffolk Sails, then twice PSC to Suffolk Sails)

The start time for each Ferret had previously been calculated by the Ferret-Master based on performance to date in Class races this year and the target race duration of 60 minutes. Those Ferrets feeling smug at earlier great performance looked a little crestfallen as they realised how many minutes of a lead they were having to give those with a less illustrious early season. The start process commenced with no concession to those who were not actually present, and so a number of ghost starts occurred, with the names of missing Ferrets vainly called over the VHF.

After 2 minutes Z70 charged enthusiastically off the line under the control of MC and headed up the first beat into an inviting SW 12-18 knots. Two minutes later Z54 wandered over the line a few seconds late, contemplating the huge gap ahead, followed one minute later by John and Bill in Z68. Finally, after a further 2 minutes had passed Z75 set off, followed 30 seconds later by Z57. A total of 5 minutes and 30 seconds separating the first and last racing Ferrets. There was however plenty of space on the start line when it was your turn.

The balance up the first beat was between the fresher breeze offshore and less tide under the wall. A careful balancing act. It’s always lonely as the up front Ferret, but Z70 pressed on, while 54 worked hard to close the gap. Optimism proved misplaced, while 54 closed the gap, it was Z70 hanging on to be the first around the windward mark. Behind the two leaders Z68 held her position, while at the back Z75 and Z57 were nip and tuck, playing with the 30 seconds that separated them.

Downwind to SS Z54 went low, through Z70s lee and away…? ‘Not So’ said MC, and 70 hung in there, all the way to holding the inside berth at SS. Only after rounding did 54 manage to break away on the next couple of shifts to take the lead on the beat back to RA. Behind us Z68 held her place, and 57 and 75 fought on within a few boat lengths of each other. The breeze softened on this second beat, causing a little angst… nothing like having boats astern with a history of beating you to make you concentrate on every little aspect of your sailing!

Z54 followed by Z70 around the windward mark and off down the run. Somewhere along the way 75 and 57 got past 68, all the action left was with 75 and 57. The Ferret-Masters voice on the VHF announced that ‘Glady’ was at SS with an ‘S’ flying, and that all Ferrets should stop there and go home. 54, followed by 70 in second place crossed the line, and we watched the last of the battle as Z57 beat 75 by seconds followed by 68. The stopwatch said that Z57 had clawed back just over 30 seconds on 54 during the race.

Ferrets of course drink beer… you know what happened next….