Victory Class evictee Gareth Penn, ex-crew Zoe Whittaker and the ever helpful Liz Ballard braved the high security of Haslar Wall to start the first race in the second Thursday series for the Puffin Trophy. Both (ex)Z71 sailors had the same idea about bringing a can of beer and light snacks.

Course two was agreed with a good SW breeze and perhaps some looming rain.


Eight boats lined up for the start, with X-ray being displayed for the first time this year (?) as both Z54 and Z67 were very over the line. The fleet initially split with half going out and the other half staying in. From the wall it seemed that four boats went round the windward together, due to our lack of binos we couldn’t tell who was who until the spinnakers went up.

At the second rounding of BT Z67 suddenly stopped, dropped their main and subsequently worried the OODs, no man overboard but they had a few broken blocks/shackles. Z67 retired shortly followed by Z70. Sapristi went to check on both Victories but all was well.

Meanwhile, Z76 had spinnaker trouble whilst Z75 and Z54 pulled away at the front. Z57 moved up the fleet and so did Z78. The weather gods played ball and we didn’t need to shorten the course.

The weather closed in on the final leg, once again the British summer was nowhere to be seen!

The final positions were-

Well done to Tom and crew on another win!

See you tonight for some sunny racing. 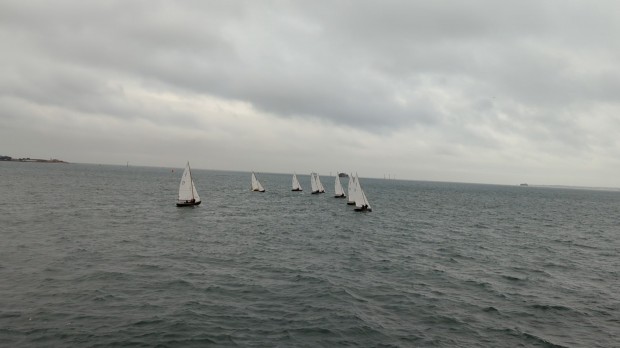 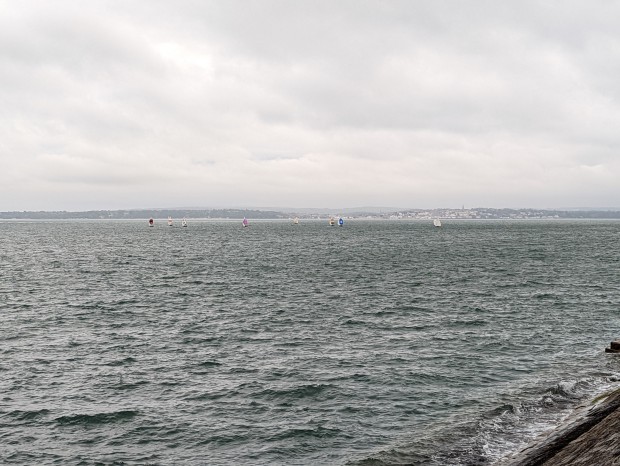 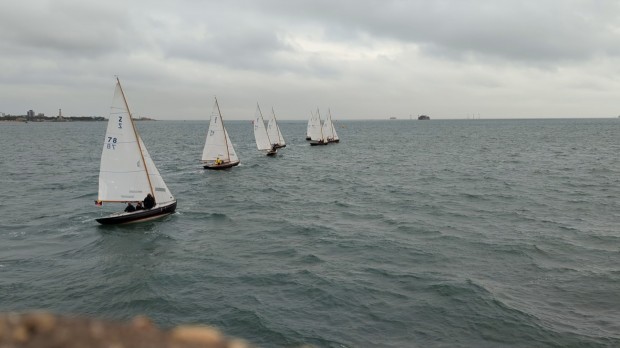 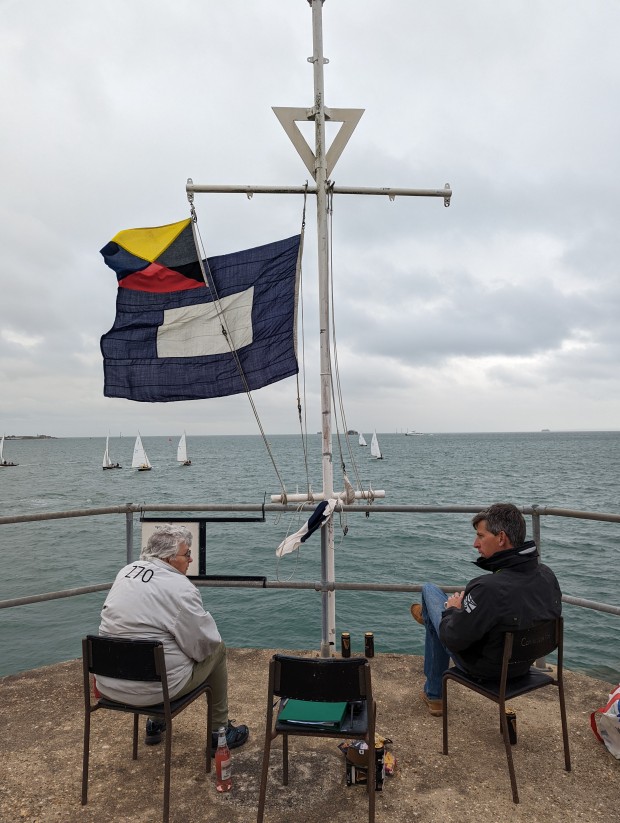 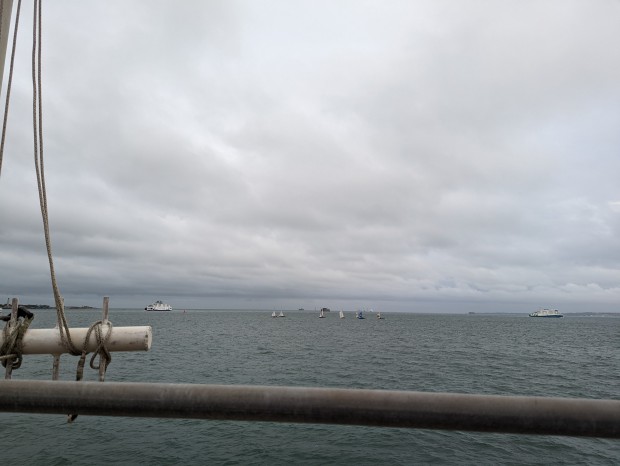